Saeed: Portrait of a serial killer 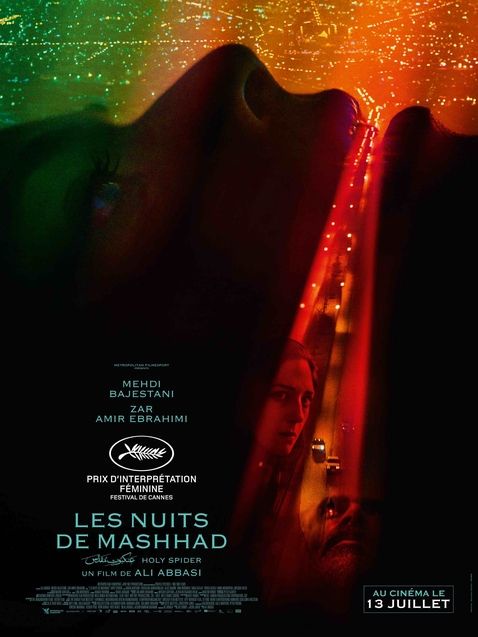 One aspect that differentiates Ali Abbasi's European produced, Iranian serial killer film Holy Spider and the current crop of American movies based on female violence post Harvey Weinstein (Kitty Green's The Assistant, Maria Schrader's She Said) is the gaze with which the perpetrator or the victims are tracked through the story. The current American style seems to be completely omitting the act or the perpetrator from the view, focusing on the victims and their trauma while the perpetrator is shown as a invisible yet menacing threat within the story line. It does make sense to remove the temptation of male titillation to make a story emotionally relevant but the villains in both the cases are power and chauvinism. In America this patriarchal force has a subdued presence while in Iran it has the backing of the regime.

Holy Spider's political messaging is in stride with the Mahisa Amini protests against the Iranian regime, where women have been targeted for not following the strict dress code imposed by the theocratic authorities. The movie shows how the theological society almost sided with a serial killer who murdered prostitutes, by regarding him as a hero from “purifying” the city of Mashhad's streets. the conflict arises when an investigative journalist (played by arresting Zar Amir Ebrahimi) tries to see through the hypocritical bullshit of the police and takes it upon herself to find the killer. The movie relies on a series of implausible coincidences to drive the story forward but the stylistic cinematic choices alleviate from the conveniences of the plot. It devolves into a standard serial killer orgy towards the end, where we as the audience get to ogle at the Iranian version of the American pop cultural creation of the “interesting” serial killer. The result is a phenomenal religious serial killer archetype that Mehdi Bajestani feasts upon for his portrayal of Saeed, who remains as a lingering characters long after the movie is finished.