is trumped by a rainy day in Berlin. 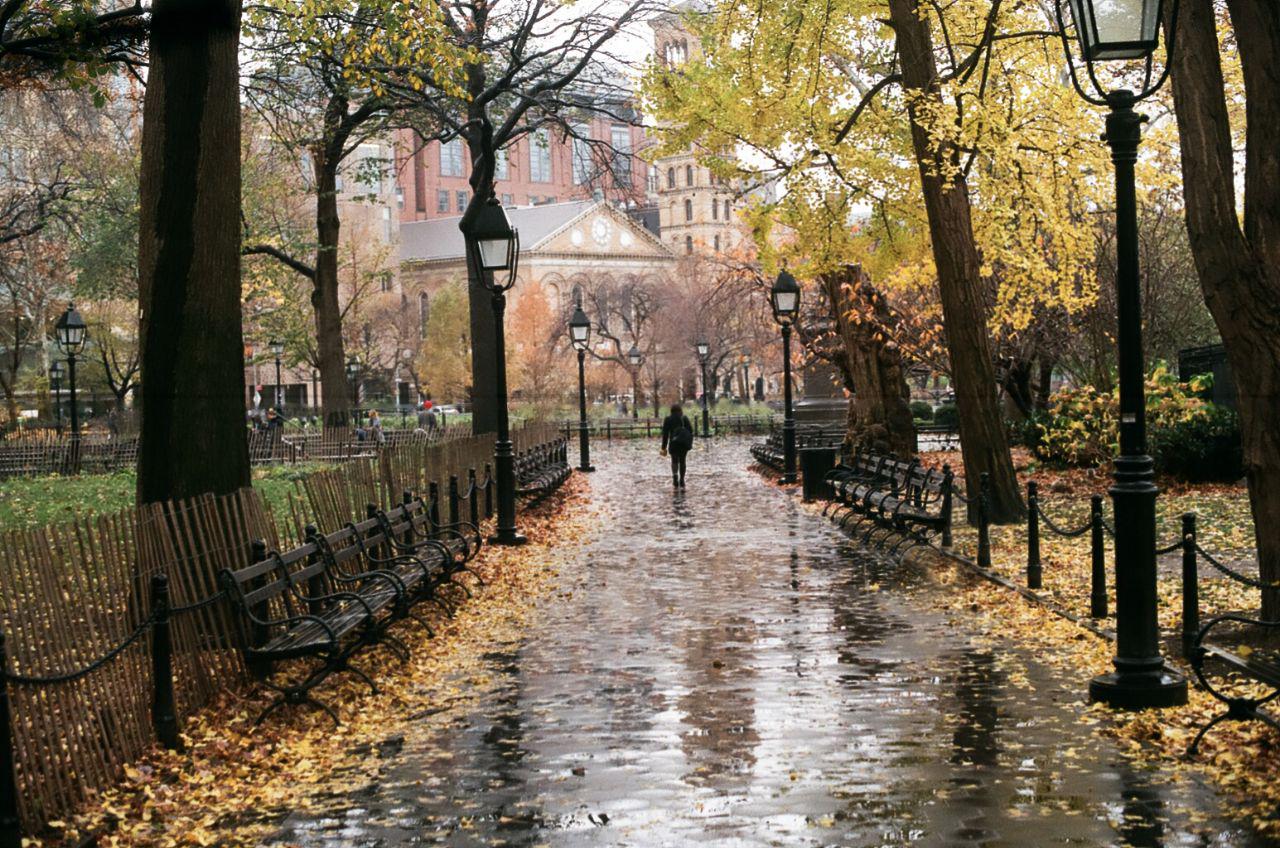 I got down at the Berlin Zoo Station and walked underneath the railway bridge. There was a slight winter drizzle and a gust of cold wind, mixed with the stale smell of puddle vapour and automobile exhaust. There were a few sketchy people standing by the wall next to the Apotheke, one of them was smoking a cigarette and looked bony and pale in a methamphetamine sense of way. A few feet away was this girl, not much older than her mid-teens , sitting on an olive green sleeping bag, cheeks still flush red with baby fat and the eyes had an innocence alien for the underpass.

Two men were talking to her, with their backs to the street, dressed in black with short cropped hair and standing in an authoritative stance. The girl looked like she was answering their questions and she looked clean to be on the streets. I looked down at the men's shoes, the old trick provided by Roald Dahl's 12 y.o. heroine in 'The Umbrella Man'. They were gaudy adidas' nothing the sort the law would be wearing around but pure trash material. I knew that was trouble but I was getting late to catch a screening at the kino.

A rainy day in New York. The theater was empty and the bunch of noisy teenagers who stood behind me in the line were sitting in the row behind me. The audience was mostly young except for the middle-aged man who held four doors open for me, twice at the kino and twice in the bathroom. I did not see his face but I just nodded as I walked past. The movie was already four minutes in by the time I sat down and it was right in the middle of the scene where a novice director wants Gatsby (Timothée Chalamet) to do an impromptu scene in his movie. The light seemed off and the setting seemed fake. Gatsby looked like he needed some water splashed in his face to wake up from his wet dream two days past. Enter Shannon (Selena Gomez) with whom he has to act in the scene. It is a typical Woody Allen romantic moment with neurotic male characters and a lot of mumble give and take. The movie never really picked up from that point, it all seemed like one huge circlejerk of rich fetishism and fake people, I couldn't care less for any of the characters, they just came and left without humour or intent. The staging was shoddy and it looked like the work of someone who has resigned, the equivalent would be the later year works of Ram Gopal Varma or Paul Schraeder, though Woody Allen has his sparks and sometimes often.

There were a few off laughs which the audience was kind enough to lap up, but most the followings were just endured through silence. The movie ended like it did a few dozen times before in Woody Allen's movies and every other performance except for Cherry Jones' as Gatsby's mother was artificial to the point that a cake of make-up could have done a better job.

I walked out of the kino and saw an S-Bahn pass by the wonderfully lit BNP Paribas building. The drizzle still persisted and I walked the same route back and this time the spot where the young girl was sitting before was empty, except for a woman lifting her small, fluffy dog before she ran down to the Underground station. I felt sad and all I could wish for is for that girl to have a safe, warm night in the city but something told me that it was not going to be the case.

If you crave for a movie, a superior alternative would be A Coffee In Berlin with more romanticism and the need to express. Any rainy day in Berlin is better than a rainy day in New York, save the 10€ and buy yourself a döner and look around for the drama instead.