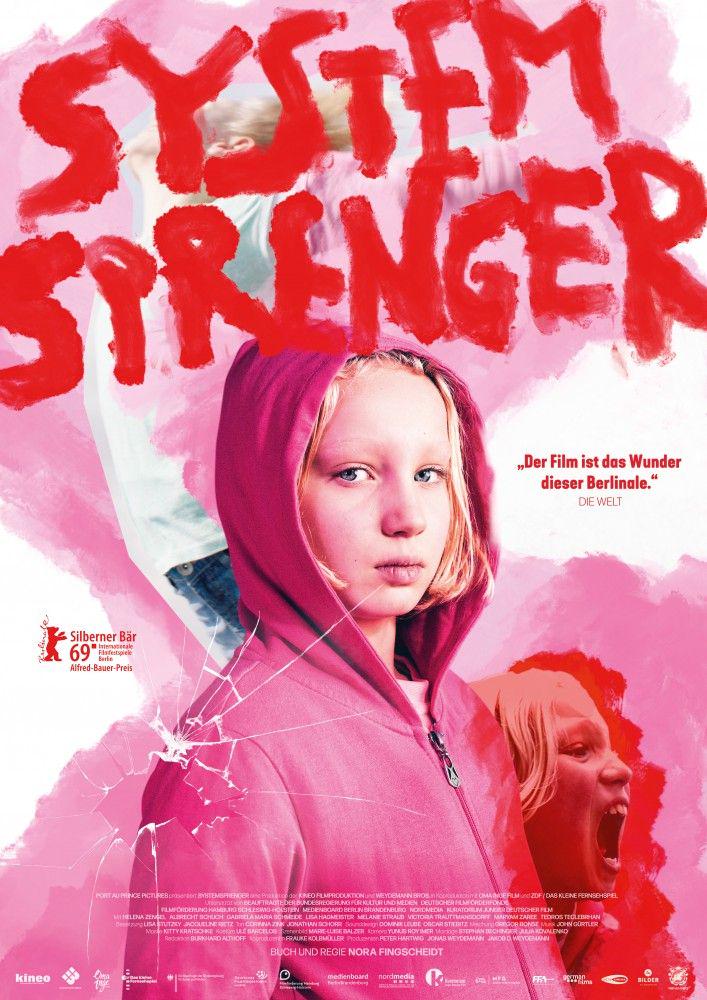 Movie posters make or break a film. Like book covers, potato chip wrappers, clothes, light bulbs, underwear, supermarket branding.. you get the point. Systemsprenger's posters were around me for much of the last months and never did I once have the motivation to even remotely check what the movie was about. It looked juvenile (literally), lazy and pink – enough to tell me that it is about a young girl who is crazy.

Crazy she is, with all the shaky cameras running behind her for half the movie. Gimbals. The movie needed gimbals and better shot selection. Or perhaps some animation and an eye for detail. Instead it follows the Berliner style of impromptu kitsch, sometimes a bit too much. Being unpolished, overexposed with grungy music super-imposed does make the movie look raw but so do vegetables before they are cooked.

The movie had its moment in the fact that it made me empathize with my social worker friends. It made me think of the days after their night shifts and how sunken and harrowed they looked. I wanted to tell them that I experienced the same in the kino, which necessarily is not a good reason to relate with. The child actress was insufferable, she screams and she screams and she screams. Somehow none of the adults in the movie seem to be able to take a stance, not for a moment was this world feeling real. It looked like a construct because that is how it was written.

Another glitch is the lack of a budget for some medium level graphics which are quickly exchanged for random camera movements and quick cuts. That is what is supposed to make for style in this film, you can call pricking your eyes with a needle if you wish to. This movie is the most disturbing movie I watched this year after Climax. What makes Climax special is the inventiveness of its director who immerses you into his worldview and makes it plausible that such situations exist. Systemsprenger is more a fungal piece of bread developing all kinds of colors on its surface and you decide to eat it anyway because it is Monday and you have to get to work. Is that disturbing? Yes. Is that enriching? Perhaps for someone with bulimia.

I could only wish for the movie to end at multiple intersections throughout the film. There were at least four different story trajectories that could have made the experience tighter but the director, Nora Fingscheidt, goes for the maximum scream minimum impact which is definitely not a sensual argument. Once the credits started rolling I had to run outside to get some breath, it was a weekday and unlike the traumatized lead in the film I had things to do and had to do them well. Not all of us can run from our problems but I would recommend running away from this movie for sure.

or the art of projecting whatever you want 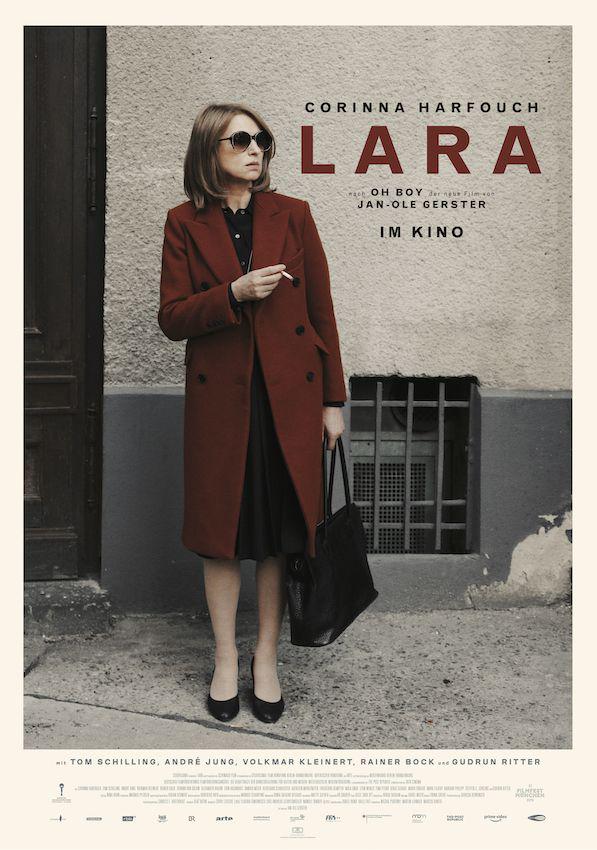 I watched Lara last night. It is made by the guy who made Oh-boy apparently and I can't bother to get myself interested about it. It seems like an indie big deal though I do not know the existence of the movie or any of the cast and the crew till the moment I walked into the theater. The sound of popcorn is really annoying, I think it belongs to the same nuisance club as cellphones, couples on a date and kids. Or couples on a date trying to make a kid while being on a cellphone..anyway.

From what I saw it was the story of an evil woman who was waiting to kill her lover who is a pianist. Midway through the movie I realized that the lover was actually her son. There was something to do with pianos and suicide. Lara tries to kill herself because she is a narcissist and a bad pianist? Many characters come and go, they all are pretty memorable. I liked the woman in the bathroom and the saleswoman in the mall. Their little presence made the film warm. The old piano teacher who looked like a boiled egg growing fungus was pretty cool as well. My only grouse was Lara. The actress looked hideous enough to play a snake. But in the last half hour of the movie I kind of starting liking here and then it all made sense.

I walked out thinking she was terrific, like every other character actor who inhabited the screen. Turns out I understood the movie wrong but that's the point of watching a foreign film, it gives you all the liberty to conjure whatever story that fits your liking and then match it up with the images on the screen, I find my inside jokes funnier than the ones written and often I end up laughing or crying more hysterically than your Joe-next-seat audience member.

It was a surprise even for my fellow German companions who mentioned that the movie was well shot and acted. Then they ruined my movie for me which involved a narcissistic, suicidal mother and turned her into a more sympathetic character. It is no Whiplash but it's not your typical hot Hollywood garbage either. Watch it in the theaters near you, stream it or pirate it, it makes for a nice winter evening viewing minus the popcorn.