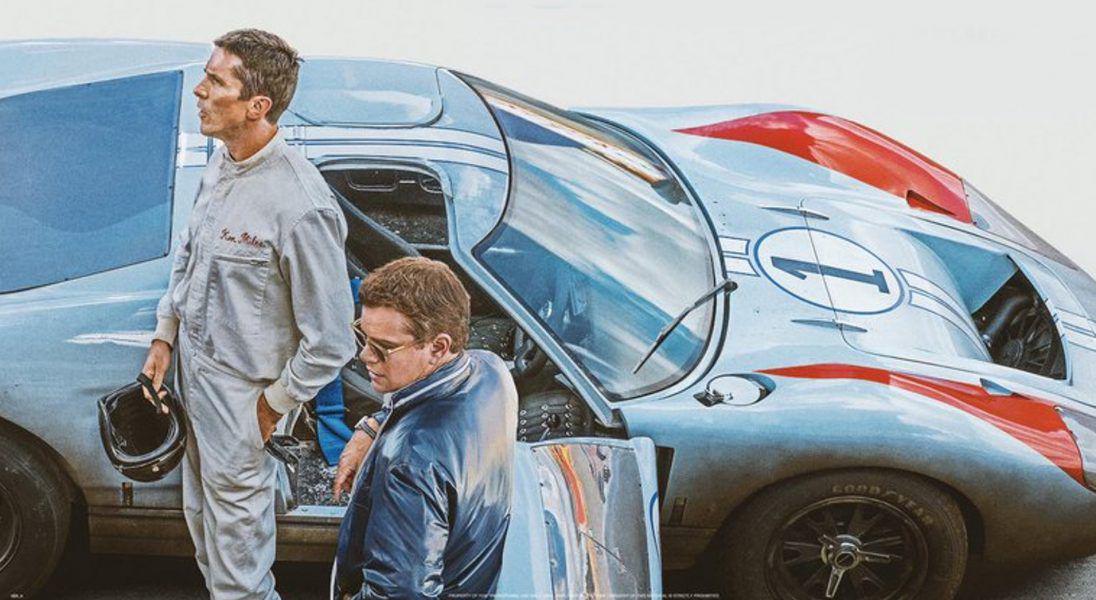 Oh look, two brawny American good ol' boys from the 60s, full of muscle and grease fighting out like the good ol' times in the perfectly manicured lawns of those beautiful times in suburban America. Look at them, as brothers, fighting, hunk against hunk and in the moment of truce the perfectly dressed wife brings in two bottles of cold, sweaty Coke. Those were the times where everything was pure, cars were still running on gasoline and grit, children looked up to their fathers, employees still hung around with their abusive employers. It was a time of no malice and ofcourse, life played out as a Coke commercial.

Two handsome and capable lead actors, race cars, exposition, a template of a story and modern technology. This is what the movie is about. Plus a lot of advertising no-one asked for. Christian Bale did a Christian Bale doing a Christian Bale. I loved him, sometimes way too much. It is great to see an actor fill a screen and then overflow through its edges, flooding through the auditorium and floating me up. I was in the first row and I just managed to not drown in the performance. Matt Damon came close, but just so.

I was giving up on the movie whenever Ken Miles' (Bale) family came up on screen to add some non-existent drama. Caitriona Balfe as Mollie Miles had a groanworthy introduction of which as little said is better. All the padding had an amazing pay-off in the final race sequences that seemed to go on for 24-hours, I was wondering when the movie was going to end while eating my fourth chewing gum for the evening, any longer I would have had less teeth to grind and no fear of dentists.

I wonder, why there was no promotion for Marlboro or any mention of cigarettes? I guess it is easier to sell Coke and tyres than to sell cigarettes these days. These sugar daddies sure know how to roll in the dirt and make it look appealing, Ford vs. Ferrari is full of scenes that come out once in a while to surprise you and then the movie goes into an exposition overdrive and then some more.

Going beyond the obvious cliches, it was enjoyable for the race scenes and the little surprise in the end I did not see coming. It is a movie that is more about the actors than anything else, a set piece, a star vehicle and sometimes what felt like one long advertisement. IC cars might not be around for too long and the mourning process has already begun. Bring back the good ol' times with thunky machines and muscled men but please, stick a cigarette in one for the next time or some real coke.